Understand the approach of Geomorphology.

The Regional Seismic Centre has stated that a medium intensity earthquake has rocked Mizoram, Meghalaya, Manipur and the other northeastern States.

The 5.1 magnitude quake was tracked at a depth of 35 km from the earth’s surface at a place near Aizawl in Mizoram, an official at the Regional Seismic Centre here said.

An earthquake is the shaking of the surface of the Earth, resulting from the sudden release of energy in the Earth’s lithosphere that creates seismic waves. Earthquakes can range in size from those that are so weak that they cannot be felt to those violent enough to toss people around and destroy whole cities. The seismicity or seismic activity of an area refers to the frequency, type and size of earthquakes experienced over a period of time.

At the Earth’s surface, earthquakes manifest themselves by shaking and sometimes displacement of the ground. When the epicenter of a large earthquake is located offshore, the seabed may be displaced sufficiently to cause a tsunami. Earthquakes can also trigger landslides, and occasionally volcanic activity.

In its most general sense, the word earthquake is used to describe any seismic event — whether natural or caused by humans — that generates seismic waves. Earthquakes are caused mostly by rupture of geological faults, but also by other events such as volcanic activity, landslides, mine blasts, and nuclear tests. An earthquake’s point of initial rupture is called its focus or hypocenter. The epicenter is the point at ground level directly above the hypocenter.

What causes earthquakes and where do they happen?

The crust and the top of the mantle make up a thin skin on the surface of our planet. But this skin is not all in one piece – it is made up of many pieces like a puzzle covering the surface of the earth.

The plate boundaries are made up of many faults, and most of the earthquakes around the world occur on these faults. Since the edges of the plates are rough, they get stuck while the rest of the plate keeps moving. Finally, when the plate has moved far enough, the edges unstick on one of the faults and there is an earthquake.

Why does the earth shake when there is an earthquake?

While the edges of faults are stuck together, and the rest of the block is moving, the energy that would normally cause the blocks to slide past one another is being stored up. When the force of the moving blocks finally overcomes the friction of the jagged edges of the fault and it unsticks, all that stored up energy is released. The energy radiates outward from the fault in all directions in the form of seismic waves like ripples on a pond. The seismic waves shake the earth as they move through it, and when the waves reach the earth’s surface, they shake the ground and anything on it, like our houses and us! (see P&S Wave inset)

How are earthquakes recorded?

Earthquakes are recorded by instruments called seismographs. The recording they make is called a seismogram. The seismograph has a base that sets firmly in the ground, and a heavy weight that hangs free. When an earthquake causes the ground to shake, the base of the seismograph shakes too, but the hanging weight does not. Instead the spring or string that it is hanging from absorbs all the movement. The difference in position between the shaking part of the seismograph and the motionless part is what is recorded.

How do scientists measure the size of earthquakes?

The size of the earthquake is called its magnitude. There is one magnitude for each earthquake. Scientists also talk about the intensity of shaking from an earthquake, and this varies depending on where you are during the earthquake.

How can scientists tell where the earthquake happened?

P waves are like the lightning, and S waves are like the thunder. The P waves travel faster and shake the ground where you are first. Then the S waves follow and shake the ground also. If you are close to the earthquake, the P and S wave will come one right after the other, but if you are far away, there will be more time between the two. By looking at the amount of time between the P and S wave on a seismogram recorded on a seismograph, scientists can tell how far away the earthquake was from that location. However, they can’t tell in what direction from the seismograph the earthquake was, only how far away it was. If they draw a circle on a map around the station where the radius of the circle is the determined distance to the earthquake, they know the earthquake lies somewhere on the circle. But where?

Scientists then use a method called triangulation to determine exactly where the earthquake was. It is called triangulation because a triangle has three sides, and it takes three seismographs to locate an earthquake. If you draw a circle on a map around three different seismographs where the radius of each is the distance from that station to the earthquake, the intersection of those three circles is the epicenter!

No, and it is unlikely they will ever be able to predict them. Scientists have tried many different ways of predicting earthquakes, but none have been successful. On any particular fault, scientists know there will be another earthquake sometime in the future, but they have no way of telling when it will happen

We have studied in class that Tropical Cyclone moves from East to West. Then how cyclone Nisarga is moving towards Mumbai... i.e. from west to east? 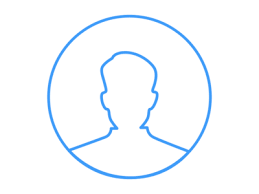 Environment and Ecology is important section of UPSC Civil Services Examination especially Prelims. Questions are increasingly asked from this section. So in this lecture series Rushikesh Sir discusses about the organizations that are important from Preliminary Examination point of view. You will also get clarity on how environmental agreements and treaties have evolved over time.

Environment and Ecology is important section of UPSC Civil Services Examination especially Prelims. Questions are increasingly asked from this section. So in this lecture series Rushikesh Sir discusses about the organizations that are important from Preliminary Examination point of view. You will also get clarity on how environmental agreements and treaties have evolved over time.

on 21-Mar-2020 19:19:11 PM
Sir, irrelevant to this news, I have a doubt in Geographical Thoughts. I am confused whether (neo-environmentalism concept) and (neo-determinism concept of Ratzel) is same or different?

on 21-Mar-2020 19:19:11 PM
Sir, irrelevant to this news, I have a doubt in Geographical Thoughts. I am confused whether (neo-environmentalism concept) and (neo-determinism concept of Ratzel) is same or different?

What is a Coronavirus

Coronaviruses are a large group of viruses that are common among animals. In rare cases, they are what scientists call zoonotic, meaning they can be transmitted from animals to humans, according to the US Centers for Disease Control and Prevention. (Click on the link to view the Article)

The oceans have a chronic fever

For humans, climate change is currently most felt in the warming air temperature over land. The global average temperature has risen by nearly 1°C (about 1.7°F) since preindustrial times, and that’s contributing to phenomena like worsening droughts, desertification, and changing seasons, to name a few. (Click on the link to read the Article.)

Air Purifiers the good the bad and the ugly

These bacteria, which build the entire biomass of their body from the carbon in the air, may help to develop future technologies to reduce greenhouse gas accumulation in the atmosphere (Click on the link to read the Article)

To Keep Connected with us
Please login With Your Personal details